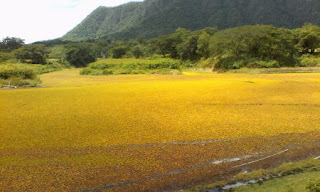 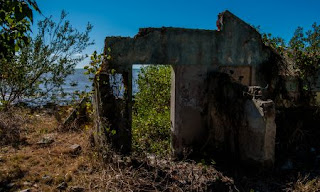 By Sabrina Hernández
Over the years, Cuba has suffered a number of environmental contingencies, including drought in 1998,  and again in 2011, 2013, 2014, and 2015. Severe storms and hurricanes have also hit Cuba,  including  Michelle in 2001, Gustav in 2008, Sandy in 2014, and Matthew in 2016. Periodismo de Barrio tells the stories of how neighborhoods and rural communities in Cuba are coping with environmental challenges, including climate change. These stories are rarely found in the official news media and are told from the point of view of those who are affected by these challenges. Founded by Elaine Díaz Rodríguez, a Neiman fellow who studied journalism at Harvard in 2014, Periodismo de Barrio was created in October of 2015 with a multitude of intentions.

Cuba’s first independent daily digital news outlet, 14ymedio, reports that Periodismo de Barrio’s perspective is that, “Journalism is an implicit promise of change. To be a journalist is almost as if you were to be preaching in favor of hope. When you ask someone to tell you their story, you are not only asking them to trust you, but also believing that sharing their story can help change something.”

Periodismo de Barrio, which offers comprehensive narrative and investigative journalism, is a beacon of hope for Cubans and a means to open dialogue about the necessity of independent news outlets in Cuba, according to Díaz Rodríguez. However, the very existence of this news outlet is a challenge to the Cuban Constitution, which forbids any non-state media outlet, However, Periodismo de Barrio sets out to improve the condition of freedom of expression and freedom of the press in Cuba, she notes in an interview.

(Video: Elaine Díaz explains to participants at the "Mobile Media Culture in the Americas: The Digital Divide" conference in Miami  how her news team obtains information from local community leaders and how the news reports are shared with residents of those local communities)

“Periodismo de Barrio was created with the objective of bringing to the public the stories of communities affected by natural disasters or especially vulnerable to phenomena such as hurricanes, floods, droughts, fires, landslides, and other events caused by the incidence of man,” said 14ymedio.

Periodismo de Barrio broaches topics related to climate change, and its staff hopes that through  investigative reports offered by the news site, local governments will be better informed when it comes to making decisions for their communities.

Periodismo de Barrio does not intend to project itself as a means of opposition to the Cuban government and, in accordance, has made public its refusal of donations from any institutions that seek, or have sought in the past, the subversion of the Cuban political system. Simply, the purpose of the news site is to disseminate better information and to truthfully reflect the realities confronted by Cubans in the face of natural disasters and other events—realities that the government may be silent on or that even might run contrary to what government news sources are publishing. Precisely because of this potential conflict with official governmental press, Periodismo de Barrio demonstrates courage in their commitment to describing reality, especially when the government has a demonstrated history of imprisoning those who speak out against it.

However, Periodismo de Barrio is not immune to the reality of repression against the press in Cuba. In October of 2016, while covering the damage caused by Hurricane Matthew in Baracoa in the Guantanamo province, Díaz Rodríguez and several members of her team were arrested by government authorities. The journalists claim their arrest was illegal because Cuban legislation does not limit the exercise of journalism in areas affected by natural disasters. The Periodismo de Barrio made its position known via this editorial.

Clearly, the model of journalism proposed by Periodismo de Barrio—one whose operation is not subject to state funds—may have a ways to go before it is fully accepted by the government. However, with passion and conviction and a desire to give a greater voice to local communities, Periodismo de Barrio carries on.
Posted by BreadNM Blog at 4:57 PM