Fracking a Big Concern in the Amazon

As global oil prices remain in the dumps and Brazil’s state-owned petroleum company Petrobras reels from a corruption scandal, an October auction of exploratory oil blocks yielded little interest from major multinational corporations...Greenpeace Brasil called the auction a "double disaster." In a note on its Web site, the environmental advocacy group said, "In addition to being a clear incentive for dirty and polluting energy sources, the onshore exploratory blocks are located in ten large hydrological basins." The nongovernmental organization (NGO) also noted that the auction considered blocks of shale gas in the Amazon, which require the use of a process known as hydrologic fracturing, or fracking, that has been at the center of controversy about natural-gas extraction in the US.-from NotiSur, Nov. 6, 2015 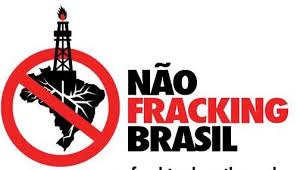 Hydraulic fracking fracking or simply “fracking” is the process of drilling and injecting fluid into the ground at a high pressure in order to fracture shale rocks to release natural gas inside.

The process is becoming an increasingly popular method to extract natural gas in the US and Europe, drawing strong opposition from environmentalists in both continents. Opponents have raised concerns about the huge amounts of water used in the process and the potential for contamination of groundwater with carcinogens. Fracking has also been known to cause earth tremors.

The Brazilian government has also developed an ambitious plan to use fracking to extract natural gas in a vast area of over 122,000 square kilometers across 12 states, including including protected areas and lands directly adjacent to indigenous domains in the Amazon.

"Effects from drilling and extracting oil and gas in the Amazon are characterized as being not only disastrous for ecosystems and biodiversity where drilling takes place, but also for the populations living in surrounding areas, as is the case with many indigenous and traditional peoples," said Amazon Watch. Fracking activities have been linked to devastating environmental, social and economic effects such as water contamination, air pollution, destruction of terrestrial and aquatic fauna, soil infertility, and also to health problems such as increased risk of cancer, neurological and heart problems and birth defects.

Greenpeace Brasil has come out against fracking, but the strongest opposition is heard from the activist group Coalizão Não Fracking Brasil - COESUS (The Brazilian No Fracking Coalition) has organized to fight against the corporate takeover of indigenous lands and precious bioregions. This coalition formed mainly by indigenous leaders and environmental activists, in a strange twist of political resistance, actually represents a shared-interest with those interested in protecting the traditional oil industry, such as the leaders and investors of Petrobras.


In an act of defiance targeting the Brazilian Oil and Gas Agency (ANP), Brazilian indigenous leaders and activists interrupted a major auction of new fracking concessions set to spread across the Amazon rainforest. Holding up signs calling for "No Brazil Fracking" (Não Fracking Brasil), activists seized the spotlight to demand indigenous rights and divestment from dirty energy, briefly halting the 13th round of bidding for fracking exploration rights at the ANP on October 7th in Rio de Janeiro. Amazon Watch

Fracking has had another effect on the Brazilian energy market. The increased availability of shale gas has reduced prices. A boom in fracking mostly in Brazil’s northern Amazonian provinces is literally sucking up a large portion of foreign interest in Brazil’s energy resources.

Fracking in the Amazon might represents a serious threat for Brazil’s oil interests, and contributes to a trend of dropping oil values worldwide, as well as new sites for foreign investment in places like Iraq and Western Africa. US investors, as well as other foreign prospectors, are far more interested in Amazonian fracking than Brazilian oil right now, and that may also have something to do with the fiscal policies that make it much more difficult, expensive and risky to invest in oil.

The greatest obstacle for fracking projects in the Amazon is the inability of the government to draw up land deals that do not violate agreements between the state and indigenous groups.  Because of this, we may be seeing the start of a new era in which national governments are forced to backtrack on land deals they made decades, even centuries ago. States have backtracked on agreements with indigenous peoples for generations. What is different in contemporary times is is the strength of the opposition voices, particularly voices that speak for the wellbeing and sustainability of the earth.

Jake Sandler contributed to this post
Posted by BreadNM Blog at 4:22 PM No comments: