Latin American Cities at the Forefront of Fight Against Climate Change 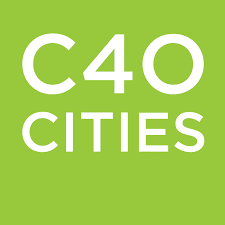 The Nov. 2 issue of SourceMex reported on the upcoming Mayors’ Global Climate Conference organized by the C40 Cities Climate Leadership Group on Nov. 30–Dec. 2 in Mexico City. This initiative supports other actions taken by some of Latin America’s biggest cities to curtail the effects of global climate change. Six large Latin American cities are involved in the Climate Adaptation Santiago (CAS) project. The CAS aims to gather information on the impact of climate change experienced in the six cities that participated in  workshops set up through the project. Below is information drawn from the CAS project on the climate changes experienced and the unique paths these cities will take to ameliorate the adverse manifestations of climate change within their borders. 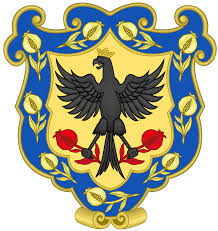 Bogotá
In Bogotá, the most notable effect of climate change thus far has been the change in precipitation levels within the city and throughout the country as a whole. With a background in coffee, I can assert that in this, a country renowned for its production of specialty coffee, the change in water patterns dramatically impacts the viability of its historically prolific coffee production. With 90% of climate change impact related to hydroclimatological phenomena, the creation of a National Climate Change Adaptation Plan (PNACC) was initiated in 2012 in Bogotá. The goal of this initiative is to reduce the vulnerability of the population to the effects of climate change through promoting awareness and incorporation of climate risk management into future developments. 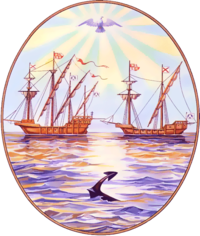 Buenos Aires
The Argentine capital has experienced an increase in extreme precipitation, but a more prominent trend is the dramatic fluctuation of temperatures in recent decades, and records show an average temperature increase of 0.20 C per decade. At a national level, Argentina created the Federal Environment Council (Consejo Federal de Medio Ambiente, COFEMA) in 2010. The general objective is to identify, promote, and implement climate change adaptation measures. At a more local level, Buenos Aires implemented the Buenos Aires Plan of Action 2030 which is primarily concerned with mitigation of climate change given that larger government tendency to focus on large-scale infrastructure projects. These mitigation measures include things such as switching to low-energy light bulbs, small-scale tree planting, proposing greater energy efficiency in buildings, and prioritizing pedestrian, bicycle, and public transport oriented initiatives. 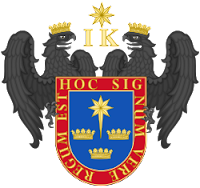 Lima
A city noted for its desert climate, experiences very little rainfall and is prone to water shortage. Given the limited water reserves available to Lima, the observed trend of fewer cold days in conjunction with the a rising maximum temperature is alarming as it has translated to declining rainfall. Because Lima is prone to threats such as flooding and droughts, the primary focus of Limeño initiatives is adaptation to reduce vulnerability. In Peru, the Ministry of Environment (MINAM) is responsible for the creation of policies and plans that will address climate change and adaptation strategies. While Lima faces a great deal of obstacles -- limited financing, limited information on climate hazards, lack of inter-governmental collaboration -- the National Climate Change Strategy (Estrategia Nacional de Cambio Climático, ENCC) “aims to provide guidance and information on climate change for national, sectoral and regional development plans and projects.” 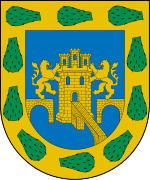 Mexico City
The Mexican capital alternates between droughts and flooding and an increase and climate change has exacerbated the extremes experienced in the city. The changes make changes to city infrastructure increasingly more necessary as impacts have caused “the drying of the lake system, the loss of rivers and springs, and more intense and destructive rainfall.” In 2008, Mexico City created the Climate Action program (Proyecto de Adaptación al Cambio Climático, PACC) which established concrete goals and deadlines to be met for annual progress reports. Mexico City, a city notorious for its dangerously high levels of pollution, not only succeeded in meeting the stringent carbon reduction goal set forth by the PACC, but surpassed the goal by 10.2%, said the C40 website. 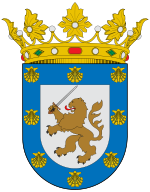 Santiago
An increase in average temperatures and decrease in rainfall are the primary effects of climate change in Santiago. This decrease in rainfall, which allows for pollution to escape, has resulted in alarming levels of air pollution that even caused authorities to declare an environmental emergency. One initiative launched in 1998, the city’s Atmospheric Decontamination and Prevention Plan, aims to remove thousands of old buses and vehicles from the road in order to curb pollution. This plan also pushed to pave roads that sent dirt flying into the air as well as restricted open burning and implemented tighter control of industry emissions. 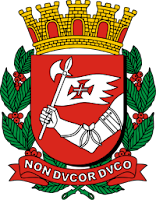 São Paulo
Records show that São Paulo has experienced an increase in+ extreme precipitation. “The frequency of days with precipitation exceeding 300mm/day has increased by almost 40% in the decade of 2000-2009, compared to the decade of 1930-1940,” said a summary of a workshop related to this trend.  A related concern is the location of many homes in in areas  susceptible to landslides and floods. In 2009,  the São Paulo city council approved law 14.933 which aims to reduce city greenhouse gas emissions. Here is a comprehensive overview of the law. In 2015, Brazil, under former president Dilma Rousseff, announced a joint effort with the United States to address climate change and move toward the use of more renewable energy.
Posted by BreadNM Blog at 4:40 PM No comments:

“Mate is exactly the opposite of television. It makes you talk if you’re with someone and think when you’re alone. When someone comes to your house, the first thing you say is ‘hi’ followed by ‘should we drink a few mates?’

Yerba Mate, an infusion beverage touted as having the strength of coffee, the health benefits of tea, and the euphoria of chocolate, is a drink ubiquitous in Argentina and as of late, embroiled in controversy because of the labor law violations in the almost slave-like conditions workers are subjected to in its harvest and production. An article in the Oct. 7 edition of NotiSur drew new attention to labor law violations in Argentina and to the persistence of child labor in almost slave-like conditions, especially in rural areas.

The labor violations resonate with Argentine citizens in a way that other similar situations have not. This is perhaps because these violations are centered around yerba mate. It is important to understand that yerba mate is an inextricable part of Argentine culture.

Yerba mate and the gourds they are served in are as quintessentially Argentinian as soccer, gauchos, flamenco, and Pope Francis. Mate consumption is Argentina’s favorite pastime and is a social tradition that foments togetherness through the custom where a a group of people enjoy the same mate cup and filtered straw. The deeply entrenched aversion to “cooties” and thus, straw sharing, would inhibit this practice here in the United States.

Yerba mate at a Mexican hostel
My own travel experiences have confirmed that Argentines are never being too far from their mate. Just this last April, I checked into a hostel in Puebla, Mexico, and upon arriving I was shown to my room where a woman was seated on the couch in the common area. She had in front of her a mate cup and straw. Without knowing anything about her, I made a very low risk gamble and began conversation by asking if she was from Argentina. “How did you know?” she responded, her genuine curiosity apparent. I told her that it was by her mate, of course, to which she smiled and asked if I wanted to share her mate.

Another example of the importance of yerba mate is the 2011 critically acclaimed Argentine drama film "Las Acacias" directed by Pablo Giorgelli.The film follows a lonely Argentine truck driver named Rubén,who has been taking the motorway from Asunción, Paraguay, to Buenos Aires, Argentina for years, carrying wood. Even though the movie focuses on the relationship between the trucker and a passenger, yerba mate becomes a powerful symbol. Throughout the film, the viewer sees Rubén sipping the mate, which he is able to prepare quickly with the water he keeps in a large thermos. In a film that accentuates the loneliness of Ruben’s daily life, his mate is personified as the only reprieve from his solitude. 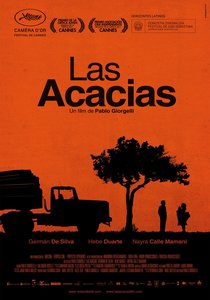 In a 2005 Radio Mitre interview, Lalo Mir captured the cultural significance of mate. “Mate is exactly the opposite of television. It makes you talk if you’re with someone and think when you’re alone. When someone comes to your house, the first thing you say is ‘hi’ followed by ‘should we drink a few mates?’ Keyboards in Argentina are full of little pieces of yerba mate. Mate is the only thing that every house has all the time. Always. Amidst inflation, when there´s hunger, under a military regime, with democracy, during whichever of our eternal curses we are suffering. If one day you run out of yerba mate, a neighbor will give you some. Nobody is ever denied mate.”

The campaign against child labor
It is this prominence and importance of mate that caused these labor violations to strike a chord among Argentines. An NGO, Un Sueño Para Misiones, is working to raise visibility and pressure the Argentine government to take action against the labor violations that are occurring in the harvesting of Argentina’s culturally ubiquitous yerba mate in Misiones. Here is a 30-minute documentary about the work of the NGO to combat child labor in the yerba mate fields.  The documentary is  entitled “Me Gusta el Mate Sin Trabajo Infantil. (I like it Without Child Labor)."

Posted by BreadNM Blog at 10:44 AM No comments: