On behalf of our editors and writers and our administrative unit (Latin American and Iberian Institute at the University of New Mexico), the Latin America Digital Beat (LADB) would like to extend warm holiday wishes to our subscribers and readers.

One important development for us in the past year is the change of our name. We kept the same acronym, but we became Latin America Digital Beat (previously the Latin America Data Base) and launched a redesigned website.

We look forward to continuing our detailed coverage of Latin America into the new year.  We will begin our new coverage of the region in January. However,  we would like to take a quick peek at some of the events that affected Latin America in a significant way during 2017 (and many of these same issues are very likely to resurface in 2018).

Colombia and Venezuela
One of the most  important topics we covered was the implementation of a peace accord in Colombia, an agreement that ended more than half a century of conflict. There is resistance to the accord from some sectors of the Colombian political spectrum, so watch for more coverage of this topic in 2018.

We also saw the near collapse of the the Venezuelan government of  President Nicolás Maduro, but a divided opposition and clever political maneuvering have allowed the administration to remain in power.

Elections
Electoral developments were important part of our coverage during the past year. Presidential elections were held in Ecuador and Honduras and a primary election took place in Chile. In addition, regional  and/or legislative elections were held in Argentina, Mexico, Venezuela, and Nicaragua.  We also covered the installation of new or incumbent leaders in Haiti and Nicaragua, and electoral maneuvering in Chile, Paraguay, Bolivia,  Costa Rica, Colombia, and Mexico ahead of important elections in 2018 and beyond. Corruption scandals also were the topic of our coverage, particularly in Brazil, Guatemala. El Salvador,  The Dominican Republic, Mexico, Chile, and Peru.

The Trump Effect
The arrival of a new administration in the United States also had a very deep impact on the region, particularly on immigrants from Mexico, the Northern Triangle countries (Guatemala, El Salvador and Honduras) of Central America, Cuba, and Haiti The Trump administration's protectionist policies have also had significant economic implications for Mexico, particularly the push to renegotiate and/or its threat to withdraw from the North American Free Trade Agreement (NAFTA).

Social Issues
Continued violence against journalists in Mexico, particularly Veracruz state, ensured that the country remained one of the most dangerous places in the world for the news media. Violence also remains a constant in Central America, even though the region is official "at peace." Two countries, El Salvador and Chile, moved to reduce some restrictions on abortion, but policies remain fairly restrictive in the region as a whole.  Uruguay legalized limited sales of marijuana, while Mexico's Congress passed an initiative approving the use of pot for medical purposes.

In Hati, the Senate approved a harsh law that would make same-sex marriage––and any pro-diversity expressions––punishable by both prison and an exorbitant fine. In Mexico, President Enrique Peña Nieto’s campaign to legalize same-sex marriage throughout Mexico suffered a major setback when a key committee of the Chamber of Deputies rejected an amendment to the Constitution allowing such unions

The Catholic Church remains a major source of opposition to liberalized laws on abortion, same-sex marriage and legalization of marijuana. Conversely, the Vatican under the leadership of Pope Francis is moving toward promoting a church that is more open and responsive to the poor in Latin America with the appointment of new leaders in Mexico and Costa Rica.

Disastsers also were part of our coverage during the past year, including two major earthquakes in Mexico, one in the southern region of the country and the other in Mexico City, Three major hurricanes caused significant damage in the Caribbean and Cuba.

Below are excerpts from some of the pieces we covered and the journalists who wrote the articles. Here are biographies of our 2017 Editorial Team and occasional writer Janelle Conaway.

Peru: A series of events––including a teachers’ strike lasting more than 70 days; Congress’ questioning and censure of the education minister 90 days after doing the same against her predecessor; its refusal to grant the vote of confidence requested by the prime minister, and the resulting reorganization of the Cabinet––shows that Peru’s president is facing a political crisis. Continuously fueling this crisis is an already tense relationship between the executive branch and the opposition-controlled legislature.
-Elsa Chanduví Jaña, NotiSur, September 29, 2017
*(Elsa is also our Assignment Editor)

Venezuela: With Venezuela’s political, economic, security, and humanitarian crisis deepening, the region is seeing a growing wave of Venezuelan migrants. These are no longer the most privileged—many of those left in the early years of the Bolivarian revolution—but often the more desperate. Some are making perilous journeys into the hinterlands of Brazil, while tens of thousands more have poured into Colombia—in many cases, returning to the country their families had fled decades ago. On a much smaller scale, some Venezuelans have even set out to sea in rickety boats, to try their luck in Aruba or Curaçao. The Inter-American Commission on Human Rights (IACHR) recently called on countries in the region to take special measures to protect Venezuelan migrants  -Janelle Conaway,  NotiSur, May 5, 2017


Mexico: In the Tierra Caliente (Hot Land) of southwestern Mexico, a region troubled with narco-driven crime, music schools have popped up in many small towns, including Tlalchapa, Tlapehuala, Zirándaro, and Arcelia, in Guerrero; and Zicuirán, Copuyo, and Apatzingán, in Michoacán. Although many of the places where children learn to play instruments and dance to traditional music are independent endeavors, the government occasionally contributes, sometimes in reaction to the violence. El Tecolote Cultural Center in Arcelia, for example, got help from the government in the wake of a tragedy that had attracted international condemnation.
-Lindajoy Fenley, SourceMex, September 13, 2017 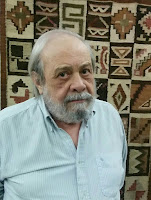 Colombia: With the handover to UN inspectors of the remaining weapons in their arsenal on June 27, the Fuerzas Armadas Revolucionaria de Colombia (FARC) guerrillas put an end-note on the longest and costliest internal war in Latin American history. In the country’s principal cities, the development was cause for celebration, while for the extreme right, it was further evidence that the government of President Juan Manuel Santos has “given itself over to Marxist terrorism.” That sector also warned that, should it win next year’s elections, it will dismantle, one-by-one, the agreements that paved the way for peace.
-Andrés Gaudín, NotiSur, August 4, 2017

Dominican Republic: Human rights activists are alarmed that child prostitution and trafficking have become common in the Dominican Republic. The practice has been accepted as a source of income by many of the victims’ families, who receive money, gifts, and other goods in exchange for allowing their children to be exploited, activists say. In 2015, according to UNICEF República Dominicana, the Attorney General’s Office (Procuraduría General de la República) received 6,741 complaints of sex crimes.
-Crosby Girón,  NotiCen, June 15, 2017 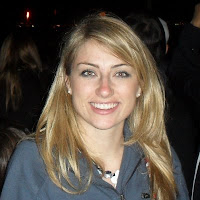 Region: Mostly due to its abundant natural resources, Latin America has long relied on mineral exports for revenue as its primary means of sustaining broader economic and social development. However, due to commodity price fluctuations, this dependence leaves the region vulnerable to sharp income losses when prices fall, often unpredictably. After a decade reaping the benefits of a commodity boom, many Latin American economies have been severely stretched, if not pushed into decline, during the last two years as a result of global price decreases.
-Johanna Marris, NotiSur, May 12

Mexico: Andrés Manuel López Obrador, the center-left politician who twice lost presidential elections by narrow margins, might have much better luck in the 2018 presidential contest, thanks in part to the policies of US President Donald Trump. López Obrador, a populist who gained a reputation for speaking his mind against the neoliberal economic model and the corruption of the governing party, started to climb rapidly in the public opinion polls in late January and February of this year. López Obrador, who is president of the party Movimiento Regeneración Nacional (Morena), is increasingly seen as the one person who could stand up to Trump. The US president has angered most Mexicans with his anti-immigrant rhetoric and his statements showing disrespect for Mexico  -Carlos Navarro SourceMex, February 22, 2017

Guatemala: A formal request by the US to extradite Roxana Baldetti, the former Guatemalan vice president, on drug trafficking charges has brought to light details of her alleged ties to the Zetas Mexican drug cartel. On June 7, the Attorney General’s Office (Ministerio Público, MP), said in a press release that it had received a request from the US Department of Justice for Baldetti’s extradition for “criminal association and conspiracy to traffic drugs.” The disgraced former vice president, who was indicted in the US District Court for the District of Columbia in February, has denied the charges. -Louisa Reynolds, NotiCen, July 13, 2017

Northern Triangle: If they manage to enter US territory after an extremely perilous journey through Mexico, migrants from the Northern Triangle of Central America are now faced with a new risk: Anti-immigration stalwart Donald Trump as the new tenant at the White House. But the magnitude of the violence in their home countries––El Salvador, Guatemala, and Honduras––is such that it is not likely that their numbers will decrease in the immediate future.
-George Rodríguez, NotiCen, January 26, 2017 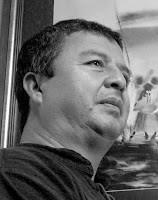 Ecuador: President Rafael Correa’s handpicked successor, Lenín Moreno, was declared the winner of the April 2 presidential elections with 51.15% of the vote. But two weeks later, Moreno has not been able to overcome the uncertainty caused by the way the Consejo Nacional Electoral (National Electoral Council, CNE) handled the vote count and by the contradicting results presented by three pollsters, who gave the win to Guillermo Lasso, the opposition candidate. Lasso has charged there was election fraud.
-Luis Ángel Saavedra,  NotiSur, April 21, 2017 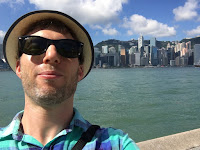 Brazil: In a plot twist befitting a telenovela, Brazil’s wildly popular former president, Luiz Inácio “Lula” da Silva (2003-2011), has been convicted of corruption and money laundering. He was sentenced to nine and a half years of prison, but the presiding judge will allow him to keep his liberty during his appeal. The July 12 decision shook Brazil to its foundation, with the current and previous two presidents (including da Silva’s successor, Dilma Rouseff [2011-2016]) now tainted by impropriety following the June indictment of President Michel Temer on formal corruption charges.   -Gregory Scruggs, NotiSur, July 28

Cuba: US President Donald Trump’s threatening rhetoric towards the Cuban government has created uncertainty and resignation among Cuba’s population––the apparent result of a popular intuition that the recent period of relationship-building activities was too good to last for long... Trump’s electoral victory sparked concern about a return to a hostile state of affairs such as existed during the George W. Bush era, when remittances sent to Cuba were limited and Cuban-Americans could only visit relatives on the island for a period of 14 days every three years. "Trump’s announcements about Cuba could have been worse,” said Artemio, a taxi driver who covers the route from downtown Havana to José Martí International Airport. There has not been a decrease in travelers from the US, he said, adding that he felt some concern from Cubans who are permanent residents of the US but have not been able to gain US citizenship.  -Daniel Vázquez, NotiCen, August 10, 2017


Nicaragua: With last year’s lopsided and highly controversial presidential and parliamentary elections, Nicaraguan leader Daniel Ortega and Rosario Murillo, his wife and vice president, tightened their already firm grip over what is now, for all intents and purposes, a one-party state. Opponents have good reason to question the pair’s democratic credentials and sense of political fair play. But they proved powerless to stop the regime as it dismantled, one by one, the various checks and balances that might have kept Ortega from earning his third consecutive five-year term as president and fourth overall, not including his period as head of the country’s post-revolutionary junta government (1979-1985).  -Benjamin Witte-Lebhar, NotiCen, April 27, 2017


Our Editors and Administrative Unit

Posted by BreadNM Blog at 2:29 PM No comments: Links to this post