The Role of Food Banks in Addressing Hunger in Latin America


By Sabrina Hernández
In recent years, Latin America has become a leader in the fight against hunger and has worked to formulate plans that aim to achieve lofty goals such as the eradication of hunger in the Community of Latin American and Caribbean States (CELAC) region by 2025. We covered this  (NotiSur, May 30, 2014).

In a NotiSur article in February 2016, Johanna Marris wraps up her otherwise entirely optimistic synopsis of the progress made to reduce hunger rates in  half in Latin America with a pragmatic tone. She cautions, however, that all of the aforementioned progress in the region as well as future progress is largely dependent upon continued dedication from political leadership and the changing economic conditions.

Some organizations like the Plataforma de Seguridad Alimentaria y Nutricional (SAN) contend that Latin America produces enough food to feed the entire population of the region. "More than half of the agricultural imports in Latin America come from outside the region, illustrating the potential for trade in food and agriculture within the region," said (SAN). \

The question of global policies on agriculture are also very relevant for Latin America.  With the US and the world waiting for the dust to settle from a contentious presidential campaign--and an unforeseen victory by a candidate known to exploit fear and completely lacking in any prior political experience--one has to wonder what the future holds in regards to the glorious strides Latin America has made to tackle hunger in the region.

Setting aside concerns about the future of agricultural trade policies and the potential for a protectionist and punitive administration, countries in Latin America are doing what they can to try to feed people within their borders. In the Nov. issue of SourcMex, we published an article about the emergence of food banks in urban communities throughout Mexico. In this week’s blog post, I’d like to examine the role of  food banks  in several Latin American countries.

Nicaragua
It might be especially useful to know what Nicaragua is doing to combat hunger within its borders. While the country is one of poorest in Central America, it is also one of the least violent.  The main food distribution efforts are led by Caritas Nicaragua, which operates under an Church-based ideology of servitude to the most vulnerable with society, specifically, children, seniors, sick, and families in extreme poverty. The food bank collects goods from private companies, businesses, and individuals. Donations are later organized and distributed to vulnerable people through community kitchens, hospitals, home visits, school, and rehabilitation centers. With a background in coffee importing, what is salient to me is that Caritas has locations established in the prominent coffee producing regions of the country – undoubtedly a much needed safety net when market volatility inevitably renders small, rural producers incapable of garnering a profit. 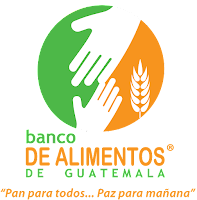 Guatemala
This is another coffee producing country that also finds its agrarian population subject to the fluctuations of a market over which it has no control, Banco de Alimentos de Guatemala is a private-sector civil association that works to obtain and distribute food donations to hungry communities in Guatemala.  The majority the donations the food banks receives comes from large corporations. Whether these corporations are acting out of genuine good will or seeking to rectify decades of egregious bad karma, Banco de Alimentos puts their donations to use by serving 56 organizations that represent 11 departments within the country. Through the delivery of groceries and other basic necessities to families, Banco de Alimentos serves 23,000 people monthly.

Dominican Republic
With an estimated 15% of Dominicans suffering from some degree of hunger, Banco de Alimentos de la Republica Dominicana, founded in 1967, is a non-profit that is dedicated to alleviating hunger by making use of what, in other circumstances, might be considered food waste. El Banco collects and distributes large quantities of food in good condition that cannot be commercially sold for one reason or another. Their goals are two fold; to reduce waste and to reduce hunger.

Chile
Banco Alimentos Chile is a nongovernmental organization that was founded in 2003. The goal of the food bank is to collect surplus food production and distribute it to organizations that work with poor and hungry populations at a local level. The food bank engages in a variety of food fundraisers including a race that brought in 1,300 kilos (2,866 lbs) of food that was distributed to different organizations that  benefit from Banco Alimentos Chile.

The stories are similar in other countries in Latin America.  Here are links to national or municipal food banks in the region.